Hydramotion just announced a significant price increase of most viscometers and components effective June 27, 2022. Current prices will be honored until July 26. If you’ve been planning to buy, or just thinking about it, it might be smart to act right away.

Please contact us for more information. We’ll do what we can to get current prices for our customers before the increase goes into effect.

We import Hydramotion viscometers from the UK, so we watch the exchange rates pretty carefully.  Since my post in July, the exchange rate for the US Dollar against the British Pound has actually gotten even better (for us in the US, that is!).  More accurately, the rate was fairly steady, with minor fluctuations, until just the last few weeks, when it has been trending strongly downward.  From what I understand, that’s due to a combination of more Brexit issues and some “Trump effect” – as it looks less likely that Donald Trump will be elected President, the US Dollar is getting stronger. END_OF_DOCUMENT_TOKEN_TO_BE_REPLACED 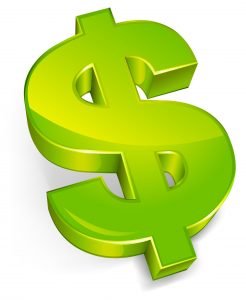 You may have a personal opinion for or against the result of the recent Brexit vote in the UK (in case you’ve been off the planet, they voted to leave the European Union…).  But one bit of good news for any US business that needs premium viscometers is that the Brexit vote quickly resulted in a better exchange rate for the US Dollar against the British Pound.  That means you can currently buy Hydramotion viscometers at lower prices than we’ve had in years – and thus improve your process control with precision viscometry, whether you need  inline XL7 or ViscoJet viscometers for oils or food processing, a ReactaVisc for the lab, or Viscolites for ink samples on the production floor. END_OF_DOCUMENT_TOKEN_TO_BE_REPLACED